A jury committee comprised of independent culinary Spanish experts in PAELLA, tried different paellas from several restaurants in Dubai. After testing paellas in complete anonymity, in order to ensure that they do not receive any special treatment, this is the verdict.

Paella is one of the most famous dishes of Spanish cuisine. And of course, this tasty typical Spanish dish is present in Dubai. But be careful, because not everywhere you will be able to have an authentic paella. We tell you where you can eat the best paella in Dubai.

Where to eat the best paella in Dubai?

Being a rice-based dish, in Dubai we can find countless restaurants offering paella. Not only Spanish restaurants but also Lebanese, Indian and even Filipino. But as we say in Spain, do not confuse a good paella with a “rice with things” that may be very tasty, but is far from the exquisite flavors of an authentic paella.

In Dubai, we can recommend you the three places of excellence where you will be able to taste the best paella in Dubai, in different variants. An authentic quality paella. We hope you enjoy them. 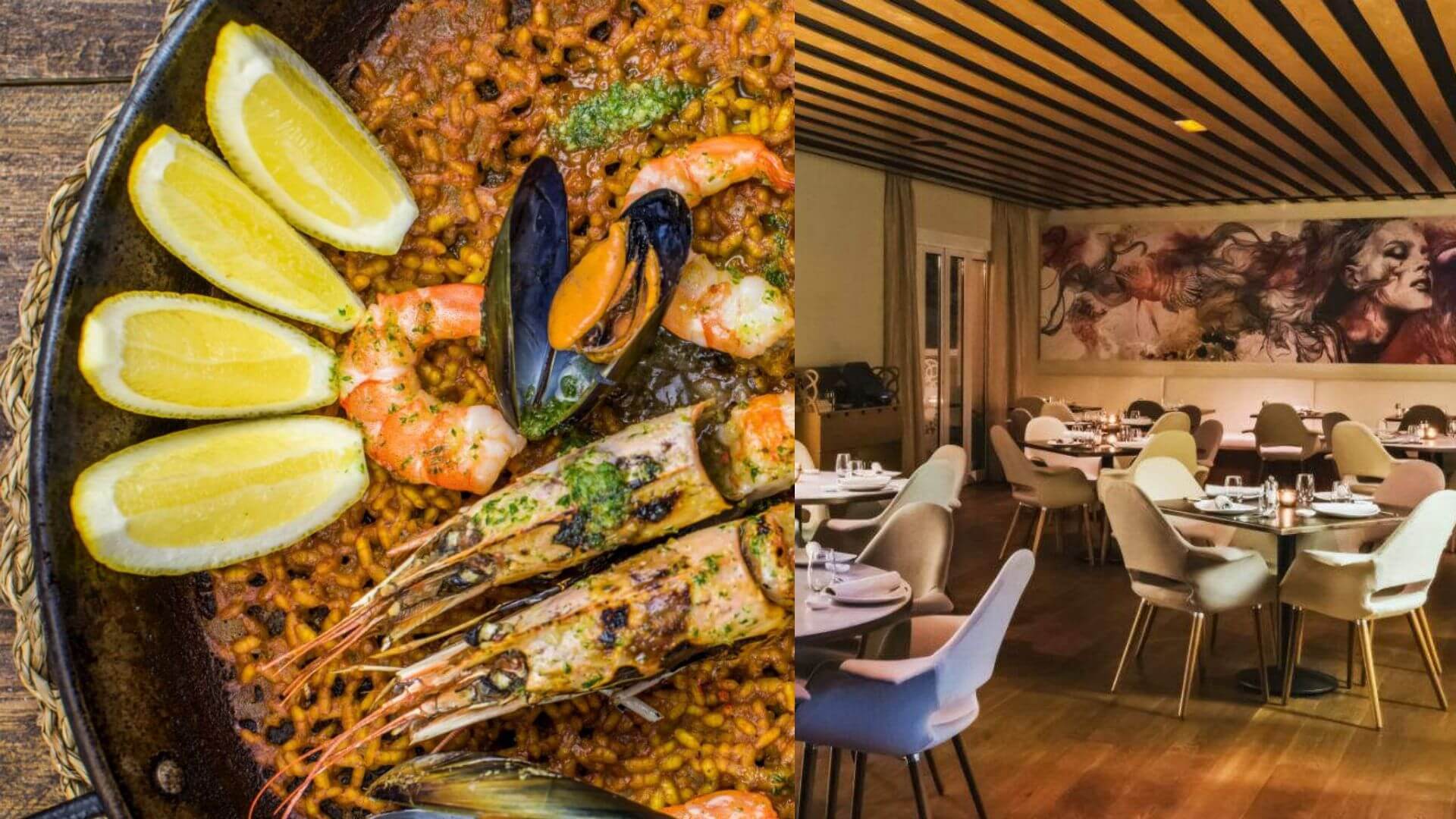 If there is one paella to highlight at the Spanish restaurant El Sur, it is the seafood paella. No wonder why it is the favorite of its customers. It is prepared with extra bomba rice, which has the particularity of absorbing the flavors better and being more resistant during cooking. This allows to present to the diners a rice at the right point and with a taste of sea and saffron typical in paella.

They use top quality Spanish products, from the ñora from La Rioja used for the sofrito, the paprika from La Vera and the cuttlefish. Another essential ingredient is the olive oil from Siurana. To cook it, they prepare a seafood base of Chef Guido’s own creation, made with rock fish, prawns, crabs and Iranian saffron, which give this paella its characteristic and traditional sea flavor. Another of the secrets is the quality of the seafood used, such as squid, prawns, mussels and fresh shrimp. It is served with just the right amount of socarrat, the slightly burnt base that experts like so much.

The paellas at the award-winning Spanish restaurant Lola Taberna are also spectacular. But if there is one that stands out among them all, it is the black rice paella, which has won the award for the best black paella in Dubai. 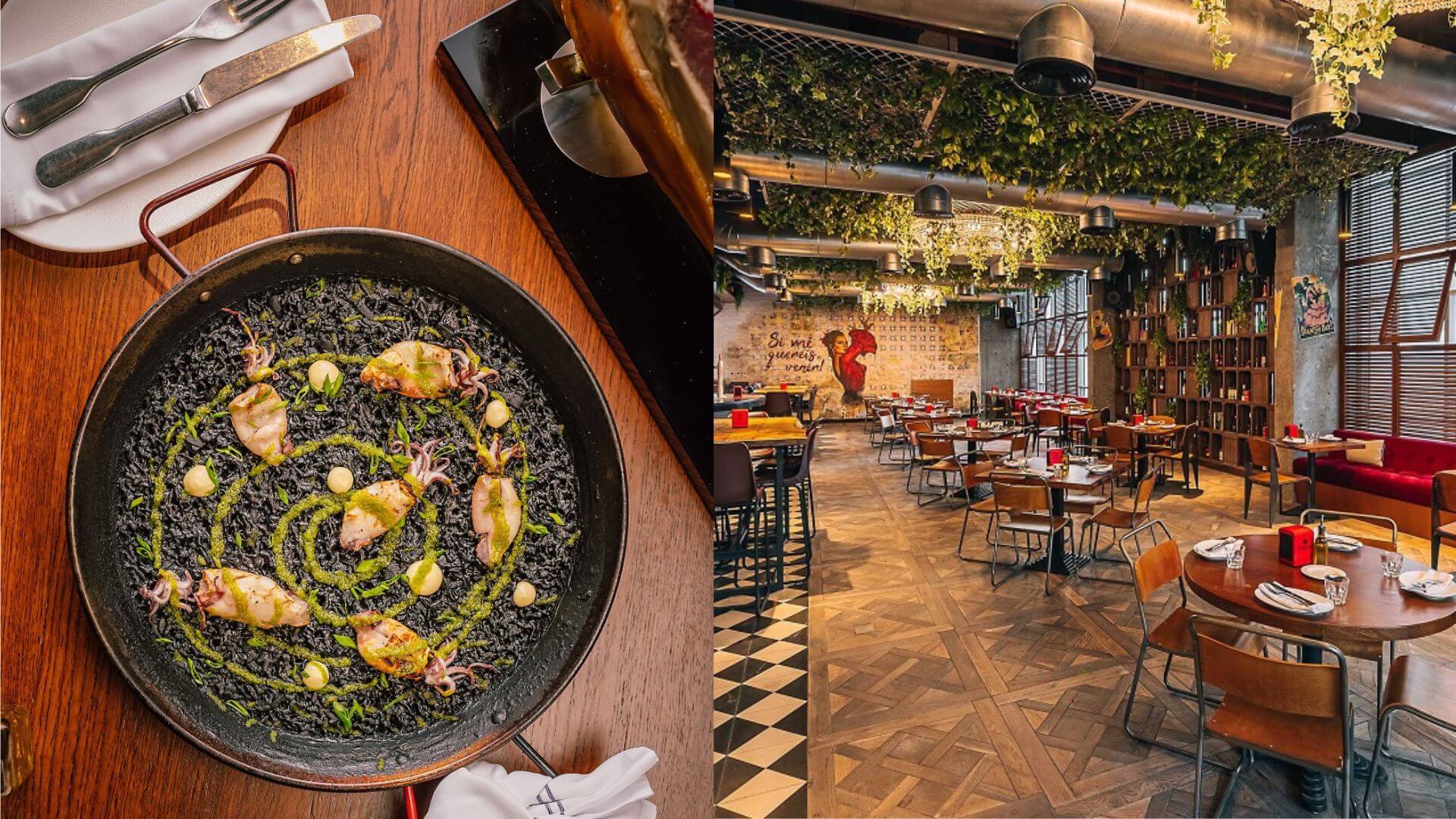 Lola Taberna’s BLACK PAELLA: black rice with baby squid and aioli. Fresh baby squid from Spain, the sofrito made with its ink and of course the special broth created for this purpose, by chef Daniel P. Delgado and all his kitchen team!

The rice is the main character in the paella. The cooked grain absorbs flavors and aromas of all its ingredients, the bomba is preferred. Every week, sacks of rice specially chosen for this restaurant arrive from Valencia.

The magic is in creating a special broth or fumet. Their secret is to roast in the oven at low temperatures. Two types of rock fish, the heads of a good Mediterranean shrimp and also a type of crab that gives the special touch to the broth.

The rest of the ingredients are also top quality, which is essential to obtain an exquisite PAELLA. All the flavors are aligned. From the vegetables for the sofrito, a good ripe and juicy tomato, to the first-class seafood. All their products are imported from Spain, and it shows in the taste of the dishes.

We highlight with special mention the seafood paella of the Bebemos restaurant, of excellent taste and presentation in this well-known Spanish restaurant.

A paella worthy of admiration that stands out for its warm, orangey glow from the perfectly starched Spanish bomba rice. The rice is soaked in just the right amount of smoked Spanish paprika. This technique, used by chef Pablo Hernandez, results in a paella pan that is bursting with flavor and instantly mouthwatering. 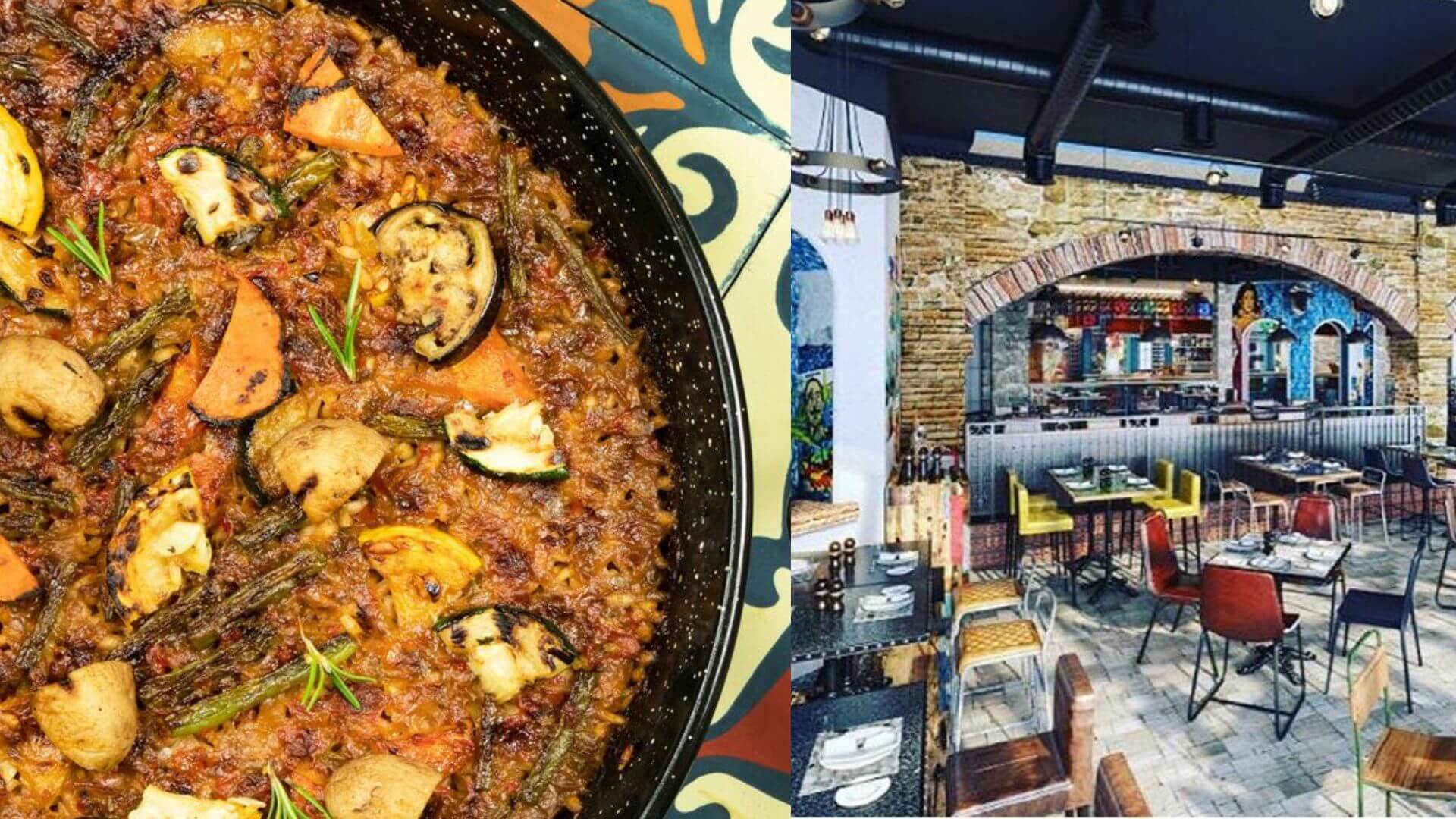 To get the maximum flavor from the paella, the fish stock is slow-cooked and packed with hearty ingredients such as lobster, leeks, celery and carrots. These are just some of the ingredients that go into the starchy rice to bring the taste buds to life. The rest, the restaurant and its chef keep secret. The seafood paella we highlight with this special award is decorated with sizzling prawns, the freshest squid, the tenderest mussels and mixed with cuttlefish.

Paella is one of the iconic dishes of Spanish gastronomy, but it is also a symbol of celebration and sharing. Traditionally, paella, of Valencian origin, was eaten with family or friends, in the same container. And that is where its name comes from: paella, which, in Valencia, is the name given to the pan where paellas are prepared.

The ten basic ingredients that must be in a Valencian paella are: chicken, rabbit, bajoqueta (green bean), garrofón (large bench bean), tomato, rice, olive oil, water, saffron and salt. In addition to the above, depending on the region, ingredients such as garlic, artichoke, duck, paprika, snails or rosemary are allowed. With these ingredients, paellas may also be called “paella valenciana”, according to a 2013 law on the Denomination of Origin of Paella.

Due to its popularity, paella has been undergoing transformations since the original Valencian paella recipe and variants of great quality and exquisite flavor have been appearing, much appreciated in Spain.

Other Paellas in Dubai

There are undoubtedly other Spanish, Lebanese, Mediterranean, and even Indian restaurants in Dubai that offer paellas (paelas) with their variants in Dubai, and that are testimony to the importance of this characteristic dish of Spanish cuisine around the world. However, we wanted to offer this list with our recommendations if you are looking for the best paella in Dubai.

seafood paella, made with a combination of fish and/or seafood;
paella negra or black rice paella, where the sauce and baby squid give it all the flavor of the sea;
prawn paella, where priority is given to prawns over other fish;
mixed paella; sometimes also called sea and mountain paella, which consists of a mixture of meat and seafood (or fish);
mountain paella, which incorporates different products typical of each region such as ribs, rabbit and chicken;
paella del señorito, is a variant that incorporates all the seafood already peeled.

If your paella features strange ingredients and flavors and other experiments such as including sausage, chorizo or pasta in a paella, don’t be fooled! They are not accepted by authentic experts and are considered an “attempt” against the traditional paella.

The origin of paella

Although there are many theories about the origin of paella, the most plausible is that it comes from the Latin word “patella”, which means frying pan. One of the secrets of paella is that it is not cooked in a casserole, but in a frying pan. From patella/patellae, frying pan, derives the word paela (in Venetian), paelle (medieval French), padilla (in disuse in Spanish), payella (Leonese) or paella in southern romance, both in Valencian, Catalan and Spanish. 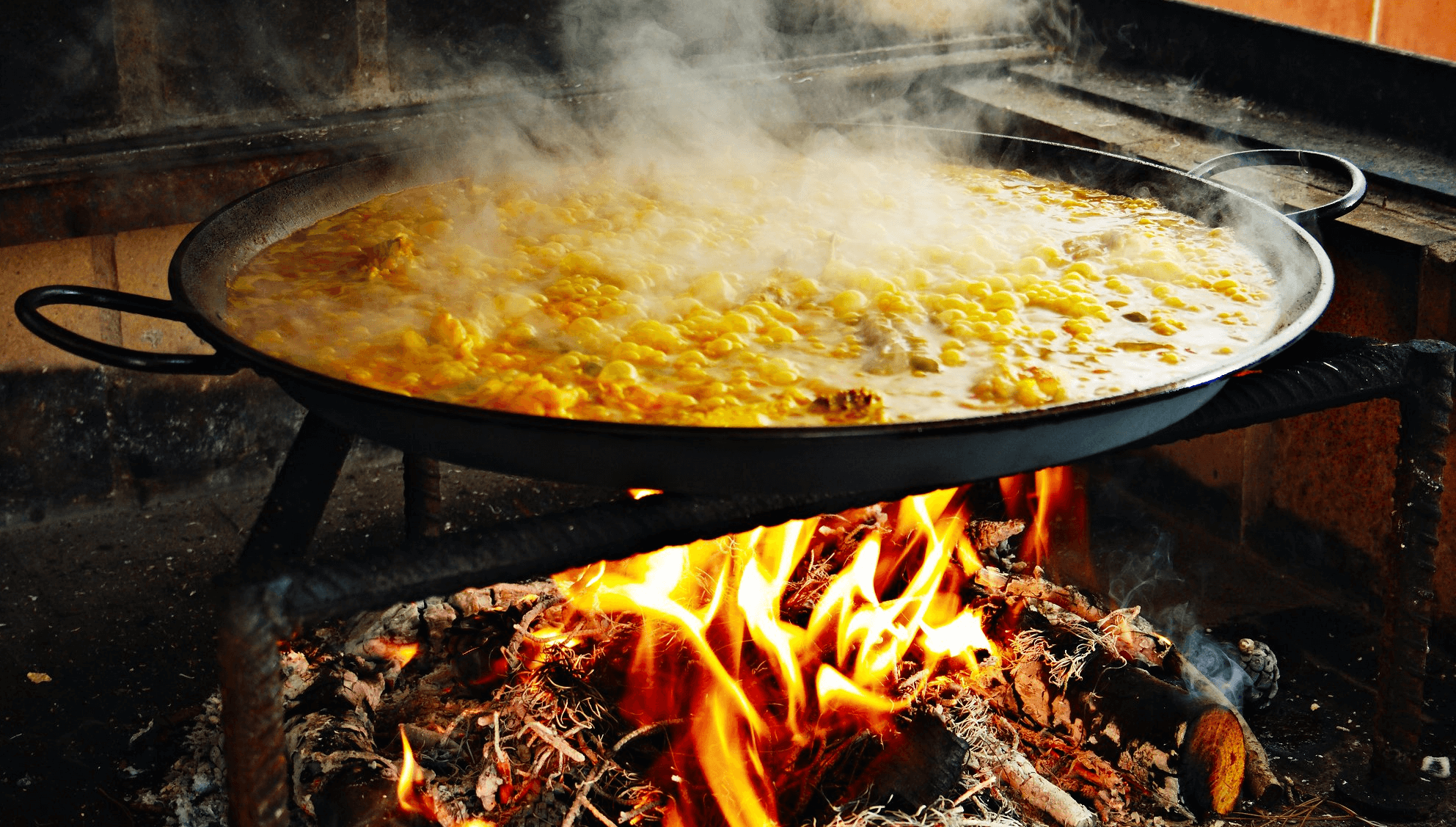 The author Carlos Azcoytia, in his work called “Una aproximación a la historia del arroz en occidente y la paella”, indicates that the name of the dish has its origin in the Italian padella. According to this version, during the Spanish domination over Italy, between the XVI and XVII centuries, some Italian emigrant took that utensil to the Iberian Peninsula, and it was adopted by the local inhabitants.

In Arab countries, such as the United Arab Emirates, there is a widespread myth that the word paella derives from the Arabic baqiya, /paquilla/ meaning: leftovers.

What has been proven is that rice was not cultivated in Spain in large quantities until the arrival of the Arabs to the Iberian Peninsula. It was mainly imported and was used to make bread along with other cereals, but there were many problems to cultivate it due to the difficulty of irrigation. During the period of al-Andalus in Spain, the irrigation systems created by the Romans along the Mediterranean coast were improved. This new situation benefited the cultivation of rice, increasing its production and quality, essential elements to obtain the best paella. At that time, systems based on bringing water from the hills to irrigate the plain were used.

The cuisine of al-Andalus had as its usual ingredients those that the Arabs had brought to Europe: rice, sorghum, cane sugar, spinach, eggplants, watermelons, lemons, peaches and oranges. It is possible that rice was already grown in Spain before the arrival of the Muslims, but it was these advances and the demand for a new diet that made it possible to grow large quantities of rice. Proof that rice was grown on the coasts of eastern Spain is that when James I of Aragon reconquered Valencia in 1238, he ordered the removal of the rice fields near the city, in order to prevent the spread of diseases that took advantage of stagnant water. In addition, it limits its cultivation only to the area of La Albufera.

The Arabs of al-Andalus also brought the saffron trade, another typical ingredient of paella. Two centuries after the conquest of Spain in 1492, saffron began to be planted again in the southern provinces of Andalusia, Castile-La Mancha and Valencia. For culinary researchers, paella is a union between the Romans, who brought the container (the padella) and the Moors who brought rice and saffron to the Spanish lands.

Although paella is today a typical dish all over Spain, to find its origin we have to go to Valencia, next to the Mediterranean. Already in 1513, there appears a writing about the peculiar way of the Valencians to cook rice. The writer of the time Gabriel Alonso de Herrera tells it: “for being the almost exclusive food with which they (the Valencians) maintain themselves … they have found the means to make it more pleasing to the palate. They usually leave it half cooked… the cooked grains remain whole and separate in Valencian stews”. On November 9, 2021 paella was declared an Asset of Cultural Interest in Spain.

The characteristic frying pan with which a paella is cooked is a reason for dialectic discord because of its name. While, for some, this cooking utensil is called paella, for others, it is called paella pan, and it is the container where paella is cooked. To clarify our doubts, we turn to FundeuRAE, the foundation in Spain that is responsible for ensuring the proper use of the Spanish language in the media and is advised by the Royal Academy of the Spanish Language (RAE).

“The container is called paellera or, more rarely, paella. It should be noted that paella in Valencian means ‘frying pan’ and hence we speak of arroz a la paella.

In Spanish, however, paella has usually been used for the dish that is prepared in this container. In fact, its use as a container did not enter the Spanish academic dictionary until 1970.” 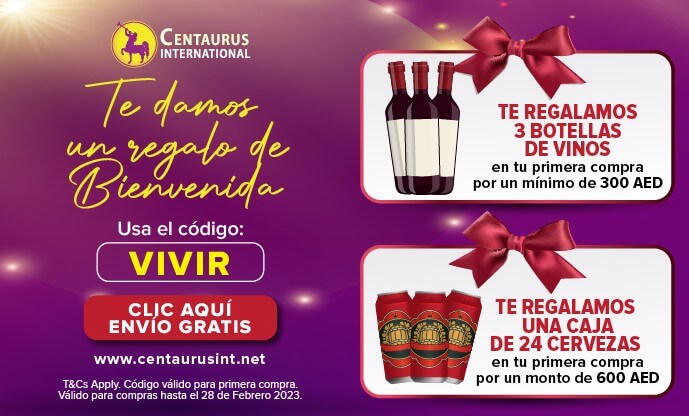 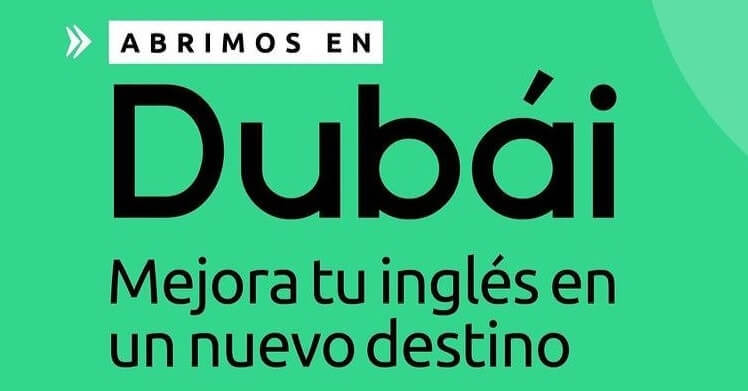